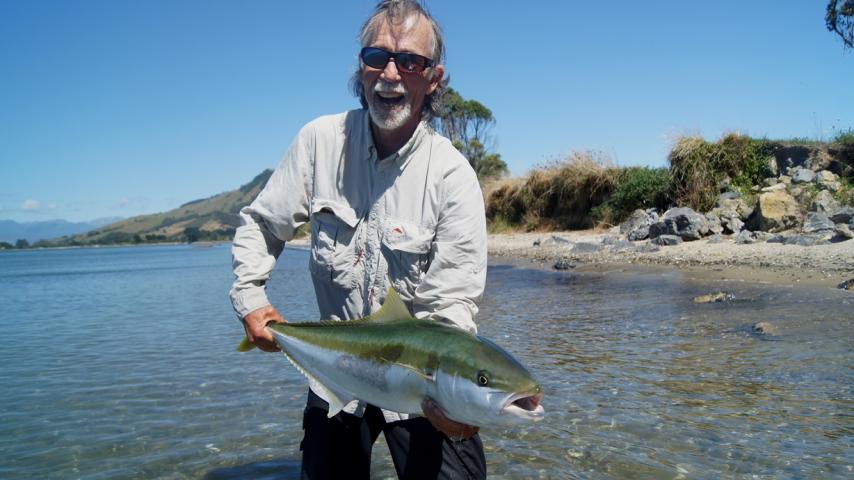 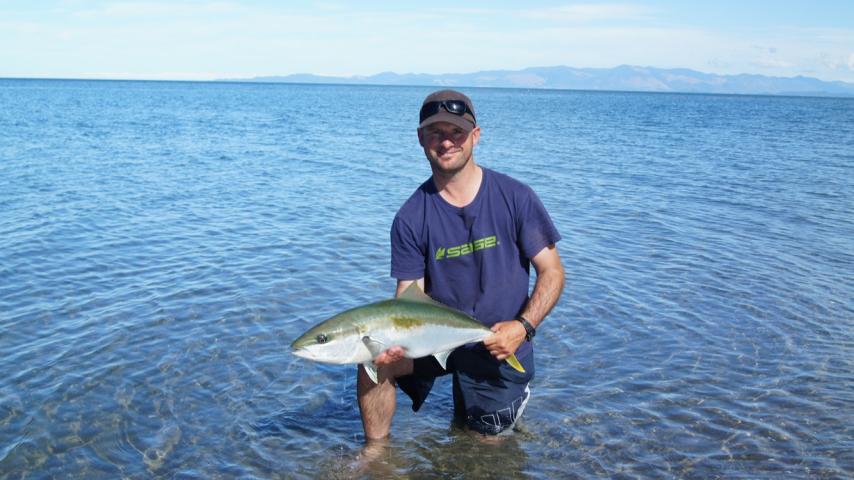 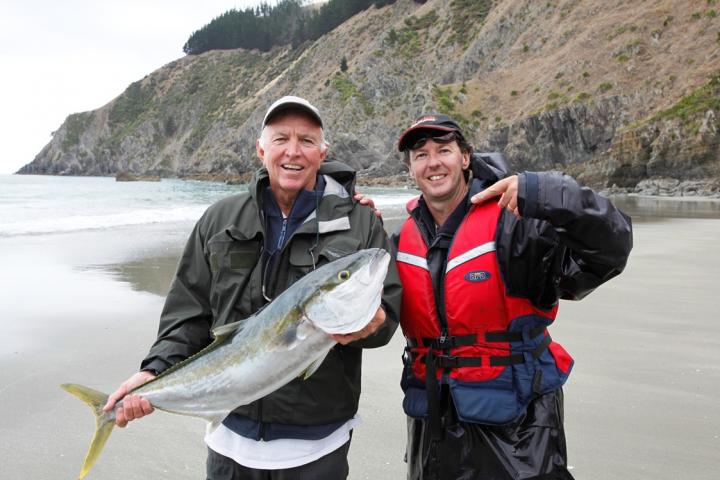 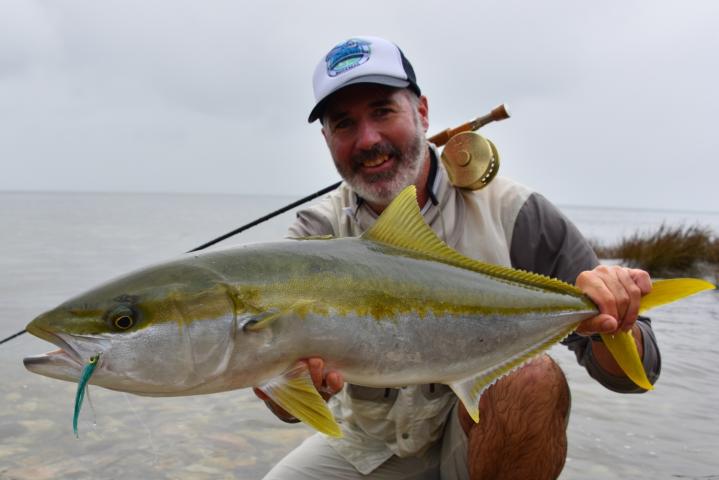 The top of the South Island of New Zealand offers many fine opportunities for the saltwater fly fisherman. Many quality species are available to be targeted on the fly. The top shallow water predator is the super aggressive Yellowtail Kingfish. They are present throughout the summer months (December > March). These can be targeted wading the large flats in the North Western parts of the Island. Also they can be tempted by fly around any structure such as reef or mussel buoys.

On the flats the best way to target them is to find the large stingrays as the Kingfish tend to follow the stingrays around to ambush their prey. Kingfish offer possibly the best sight fishing in saltwater on fly in New Zealand and the Nelson region has an outstanding fishery. Kahawai are available year round and pound for pound offer up a fantastic fight. They take surface flies like small poppers and make strong runs and jump often. A similar size to Bonefish but with the jumping prowess of a Tarpon.

On occasion Silver Trevally can be sighted while stalking to the flats for Kingfish. Like all Trevally these stunning fish fight until the bitter end. They are far more shy than their tropical cousins the Giant Trevally and prefer to take a crustacean pattern such as a crab or shrimp than a baitfish imitation. There is still much exploring to be done in terms of saltwater fly in the top of the South Island, species like Snapper and Albacore Tuna could realistically be targeted. So if salt runs through your veins take the opportunity to supplement your trophy brown trout fishing with a day or two of stalking the flats. 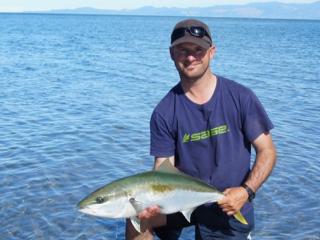 Anton Donaldson was one of the pioneers of the South Island flats fishery at Collingwood. He has spent countless hours over several years searching out hard fighting Kingfish in the shallows in Golden Bay. This fishery is one of the best flats fisheries that New Zealand has to offer owing to its 270 degree protection from onshore winds and its amazing clear water. Anton is the ultimate explorer and always has an eye out for fishing opportunities. He is also a very experienced trout guide in the Nelson region where he specialises in sight fishing for large brown trout.
Anton is a local Golden Bay resident and always has his finger on the pulse of the fishery. His knowledge of tides and where the fish will be at any given time is outstanding.Other species that can be targeted on the flats include Australian Salmon (or Kahawai in New Zealand) and Silver Trevally. There is a fantastic chance here to fish for big brown trout and then hit the flats and chase down a powerful Yellowtail kingfish. A combination trip encompassing both backcountry fly fishing and fly fishing the flats is completely unique. 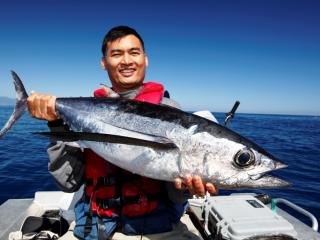 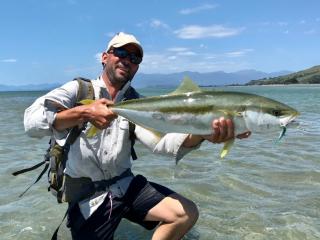 The Kingfish is commonly regarded as our most revered inshore sport fish. John Gendall Fly Fishing is excited to offer you some of the finest salt water flyfishing you will find anywhere in the World, right here in the top of the south Island we have a true world-class salt water fly fishery. Where else can you stalk the flats for big kingfish one day, and the very next stalk trophy trout in the cold, clear mountian streams?

Wade the flats and site fish to Kingfish and Kahawai. Kingfish can be seen riding stingrays, bow waking and even tailing in the shallows as they swoop on crabs, flounder and bait fish that the stingrays dissturb.These kingfishing are up to 30lb, very agressive and rip line, plenty of backing and a strong forearm is essential. Kahawai cruise the shallows busting up endless shoals of bait fish, these fish really snatch at the fly, jump repeatedly and fight as hard as any... pound for pound.

John has been working diligently to find ways to tackle these fantastic fish in a wide variety of new locations. John's  sharp eye, extensive knowladge of the flats, tides, weather and fish movements ensures you the best opportunity at hooking one of these magnificent fish. John's knowledge also ensures your safety of the flats, tides moves quickly and stingrays can cause harm.

“I have salt water fly fished for; Tarpon, Permit, Bonefish and trevally. Kingfishing is a visually exhilarating form of Salt weater fishing and up there with anywhere else I have fished in the world”.
It really is the best all round sight fishing experience.

The best time of year to fish the flats is December through to April.

I can provide gear if need be.If this sounds like something you'd like to try, please get in touch to organise a tailored New Zealand fresh and salt water experience. You can contact John via his web site (click below) or call him on: +64 3 548 7892